Dearest Boo,   This past Christmas you gave me the best gift of all!!  Proof that you do listen to me!  Over a year ago I showed you the cutest idea that I found in one of my favorite websites (bakerella).  Of course, I wanted to do it right away, but I could not find the main “ingredient”.  It was limited production that Coke made just for “Wallyworld”.  Even though it was just a few days past Christmas they were all gone from the stores locally.  I searched on line to no avail.

This is what I needed; this was my Holy Grail…. 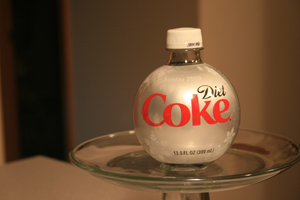 I knew that I had to make this item and that I had to give it to your Aunt Teri.  As it is in all families everyone, at some time, gets a nickname.  Aunt Teri’s is “Ter-Bear”.  How in the world did she get this name?  I pondered this a long time.  She collects bears, maybe that is how she got her name?  Or did she get it because it rhymes?  Ah!  One of the great mysteries of life – which came first?  The chicken or the egg?

To find the answer I turned to Google.  What I found first were some chicken jokes:

What do you get when a chicken lays an egg on top of a barn? An eggroll.

Is chicken soup good for your health? Not if you’re the chicken.

Why did the chicken cross the road halfway? She wanted to lay it on the line.

Which day of the week do chickens hate most? Fry-day.

What do chickens grow on? Eggplants.

What happened to the chicken whose feathers pointed the wrong way? She was tickled to death.

What do chickens serve at birthday parties? Coop-cakes!

No, no…………that is not the answer to may question.  Which came first?  The chicken or the egg?  I found some scientific sites with long, boring explanations and none of them agreed.  Just when I was ready to give up I found a site with an explanation that I thought I could follow.  The scariest part was the fact that it was presented in a mathematical type story problem.  Many students fear and despise the mathematics story problems (word problems) they encounter in their classes. Math anxiety is a real life experience and is usually made worse by the thought of having to solve a story problem.   And this anxiety carried over into adulthood, which I did not realize until I was married to your father.

Your father knows a lot about a lot of stuff and just enough about the rest to bluff his way through.   That was not the problem.  This was before the internet and Google, so it was pretty handy to have your very own walking, talking “Wikianswer” man.  However, be ware of what you wish for!  He could not just tell you the answers, oh no…….he had to take you back to the beginning of Adam and Eve and explain the evolution of your question/answer.  Here’s how some of those exchanges happened…..”So, what do you want to plant in our garden this year?”  “Garden?  That’s really interesting that you would want to know.  Did you know that Adam and Eve were the first gardeners?  They lived in the Garden of Eden, a perfect place with no thorns or weeds, and where plants produced their fruit easily. We find in Genesis 2:15-20 that God told Adam to cultivate the garden, keep the garden, name the animals, and eat of the garden’s fruit, except from the tree of the knowledge of good and evil.

Adam and Eve were, also, the first parents. The Jewish, Islamic, and Christian religions hold that all people are descendants from them. According to Jewish tradition, Adam and Eve had 56 children. This was possible, in part, because Adam lived to be 930 years old. Some scholars believe that the length of the life spans of the people of this time was due to a vapor canopy in the atmosphere. This may have made the earth’s environment more hospitable to human life and increased life spans. These scholars believe this canopy was destroyed during the Flood and contributed to the great amount of water covering the earth.

And Adam and Eve were the first people to do something wrong.  The dictionary defines “wrong” as something that may or may not be intentional.   It is a noun and is contrary to ethics or morality.

The difference between ethics and morals can seem somewhat arbitrary to many, but there is a basic, albeit subtle, difference. Morals define personal character, while ethics stress a social system in which those morals are applied. In other words, ethics point to standards or codes of behavior expected by the group to which the individual belongs. This could be national ethics, social ethics, company ethics, professional ethics, or even family ethics. So while a person’s moral code is usually unchanging, the ethics he or she practices can be other-dependent. Blah, blah, blah.”

In the beginning I would look at him adoringly and take in every syllable that he spoke.  That lasted about the first six months, then I found myself zoning out, my eyes glazing over and my mind going into the “bore-coma”.  I could see his lips moving, but there was no way I could focus on what he was saying.  All of a sudden I would sit upright and shout out “sorry, sir, but what time did the train leave New York?”.  It was a scene from my fifth grade Math class all over again.  Mrs. Rice was explaining that two trains left different stations at different times and it was our job to find out which one would arrive at it’s destination first.  Holy Heart Failure, Batman! That became my signal to him to cut out the talk and just give me the answer – what time did the train leave New York??

Now, back to the chicken and the egg and how it was solved.

The chicken and the egg were mailed via The United States Postal Service, each in its own separate packaging.  The orgainzers kept careful track of when each shipment was sent from a post office in Cambridge, Massachusetts, and when it subsequently arrived at its intended destination in New York City.   Both the chicken and the egg at 9:40 a.m., on a Monday morning, from the Harvard Square Post Office.  The intended destination for both packages was the James A Farley Post Office, which is located in Manhattan right next to the Penn Station train terminal.

They took the subway from Harvard Square to the Boston train station, and from there boarded a train to New York City, a distance of approximately 200 miles, arriving that afternoon at Penn Station. The trackers immediately went to the post office, to await the arrivals of the chicken and the egg.  The James A. Farley General Post Office is open 24 hours a day, so the trackers were able to wait there until both items arrived.  They inquired once per hour for both the chicken and the egg.  That day, Monday, neither the chicken nor the egg arrived.  The next day, Tuesday, neither the chicken nor the egg arrived.

The chicken arrived at 10:31 a.m. Wednesday. The staff at the post office told me that this was the first chicken anyone had mailed to the James A. Farley General Post Office in recent memory, and perhaps ever.  The egg arrived that same day, at 9:37 p.m., eleven hours after the chicken.

It has now been empirically determined that the chicken came first, the egg second.  Brilliant………………

So, back to my original question:  Which came first the name Ter-Bear or the collecting of bears??  Since I could not figure out a way to make a story problem at of this, I just went to the source and asked your Aunt Teri.  Answer: the nickname.  Aunt Bev called her that and because of that she started her bear collection.

Now, to show you the results of my year long quest for the Holy Grail. 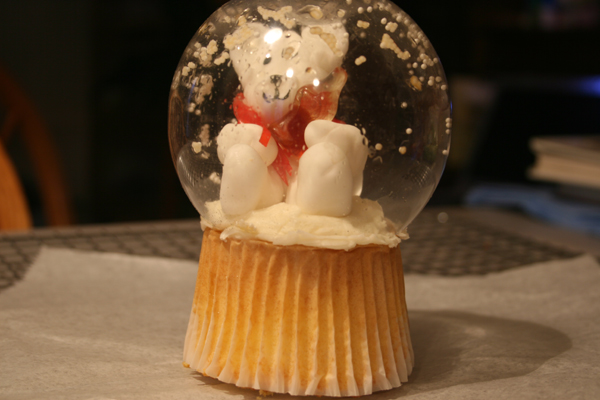 The steps are fairly easy.  First you drink the soda, cut off the “skin” (wrapper) and cut around the top so that it will sit flat.  See below for the example 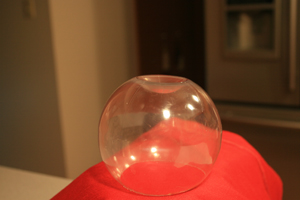 Then using Fondant you make this sweet, tiny little bear (of which I failed to get a picture).  Take your favorite cupcake, turn it upside down and frost the bottom.  Place your bear in the middle of the frosting and place your plastic “snow globe” over the bear.  Ta-da!   Oh, the ideas!  Since you bought me thirty bottles, Boo, my mind could have hours and hours of dreams!

And finally, which of these is not like the other??  Find it and you will find – Joy Rising! 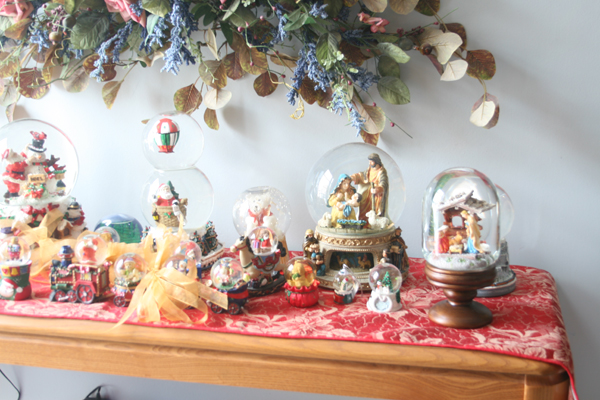