Dearest Boo,  today is the 106th birthday of your very first favorite author.  Let’s see if you can remember which book these quotes are from:

“You have brains in your head. You have feet in your shoes. You can steer yourself, any direction you choose.”

“And will you succeed? Yes indeed, yes indeed! Ninety-eight and three-quarters percent guaranteed.”

“Well, sure, he can talk. But is he saying anything? No, not really.”

“I meant what I said, and I said what I meant. An elephant’s faithful, one hundred percent.”

“”Sometimes I feel quite certain there’s a Jertain in the curtain.”

“Be who you are and say what you feel because those that mind don’t matter and those who matter don’t mind.”

“You know when you’re in love and you can’t fall asleep because reality is finally better than your dreams.”

“Don’t cry because it’s over, smile because it happened.”

“Today you are You, that is truer than true.  There is no one alive who is You-er than You.”

The first two quotes are from “Oh, the Places You’ll Go”.  This was my standard graduation book in the late 1980’s for for graduates the class before you, the class after you and, of course, your class.  I just thought it was filled with such great thoughts/ideas for young people.  Encouraging all of us to get out there and shoot for the stars.  Anything was possible, if we would just put forth the effort to go for our passion.  And that was the key – to find your passion.

The third quote is from “The Cat in the Hat”.  I never did care that that book!  Two bored children, who cannot go outside to play because of the rain.  So they let some talking Cat into their home??!  Bringing with him two creatures appropriately named Thing One and Thing Two, the Cat performs all sorts of wacky tricks.  The children finally captured the Things and brought the Cat under control. To make up for the chaos he has caused, the Cat cleans up the house on his way out, disappearing a second before the mother arrives.

The fourth quote is, of course, from “Horton Hatches An Egg”.  This is a story about an elephant, Horton, who is convinced by an irresponsible bird named Mayzie to sit on her egg while she takes a short “break”, which proves to last for months.  Naturally, the ridiculous sight of an elephant sitting atop a tree makes quite a scene.  Horton is laughed at by his jungle friends, exposed to the elements, captured by hunters, forced to endure a terrible sea voyage, and finally placed in a traveling circus.  When the egg hatches, the creature that emerges is a cross between Horton and Mayzie, and Horton and the baby are returned to the jungle.  I liked this book, because it showed that you should do everything you can to stay true to your word.  Sometimes it will be difficult, people won’t understand, they will make fun of you.  However, this speaks to the triumph of hard work, patience and loyalty.  Traits we all should work hard to exhibit every day in our lives.

The fifth quote is from “There’s a Wocket in My Pocket”.  It features a little boy talking about what strange creatures live in his house, such as the yeps on the steps, the nooth grush on his toothbrush, the yottle in the bottle, the vug under the rug, and the jertain in the curtain.  This book always bought on huge laughter from you.  I was never sure if it was because of the illustrations or the sheer joy of the silly rhymes.  There were some nights that we had to read this book four or five times.  It would drive me nuts, but I would do it just to hear your sweet laughter.  I did read that in  1996 this book was edited to remove some of the scarier creatures, including the vug under the rug.  What a shame.

And I had to include the sixth quote.  It’s from “The Eye Book”, as it was one of the first books I bought you, after “Pat the Bunny”.  I thought it was so appropriate, since your father is an Ophthalmologist and made his livelihood from “pink eyes” and “winking eyes”.  It was also a great teaching tool, along with “A B C” for your alphabet, “One Fish, Two Fish, Red Fish, Blue Fish” for helping with counting and colors, “The Foot Book” for learning opposites, and “The Tooth Book” for learning about your teeth, what they can do and how to take care of them.

The next three quotes did not come from any book, but are quotes from this great man himself.  I did some research about him and was totally intrigued with his history.  He went to Dartmouth and was the editor-in-chief of their humor magazine.  During is time there he was caught drinking gin in his room with nine other friend, violating the prohibition laws of that time.  In order to continue to be able to contribute to the magazine, without the administration’s knowledge, he started submitting and publishing under his pen name.  That tricky little devil!  I wonder if he was the model for the Cat in the Hat??  In May 1954, Life magazine published a report on illiteracy among school children, which concluded that children were not learning to read because their books were boring. A textbook editor at Houghton Mifflin compiled a list of 348 words he felt were important for first-graders to recognize and asked Geisel to cut the list to 250 words and write a book using only those words. Geisel was challenged to “bring back a book children can’t put down.” Nine months later, Geisel, using 236 of the words given to him, completed The Cat in the Hat. This book retained the drawing style, verse rhythms, and all the imaginative power of Geisel’s earlier works, but because of its simplified vocabulary could be read by beginning readers. These books achieved significant international success and they remain very popular to this day.  Just think, only using 236 words and the man created a classic.

One more interesting fact I learned on my quest for knowledge about our friend.  A tradition at Dartmouth, where over 90% of incoming first-year students participate in pre-registration Dartmouth Outing Club trips into the New Hampshire wilderness, it is traditional for students returning from the trips to overnight at Dartmouth’s Moosilauke Ravine Lodge, where they are served green eggs and ham for breakfast in honor of this great graduate.  Of course, I am talking about Dr. Suess.

Another quote is my most treasured quote from “I Can Read With My Eyes Shut”, “The more that you read, the more things you will know.  The more that you learn, the more places you’ll go”.  For me this shows that I was able to pass along my love of reading, that I got from your grandmother.  I can always remember her reading, whether is was the newspaper or a magazine.  You learned at a very young age that when we were out shopping if you asked for a toy the answer was usually “no”, however, if you asked for a book it would always be “yes”. 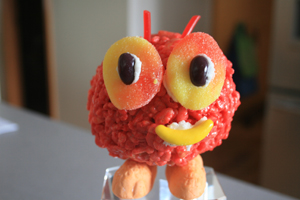